The Challenge to the Repentant on Day 2—Recognize Him! 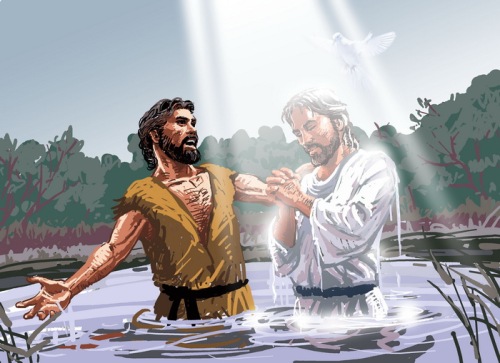 John the Baptist’s testimony continues in verse 29. It says, “The next day he saw Jesus coming to him and said, ‘Behold, the Lamb of God who takes away the sin of the world! This is He on behalf of whom I said, ‘After me comes a Man who has a higher rank than I, for He existed before me.’ I did not recognize Him, but so that He might be manifested to Israel, I came baptizing in water.’ John testified saying, ‘I have seen the Spirit descending as a dove out of heaven, and He remained upon Him. I did not recognize Him, but He who sent me to baptize in water said to me, ‘He upon whom you see the Spirit descending and remaining upon Him, this is the One who baptizes in the Holy Spirit.’ I myself have seen, and have testified that this is the Son of God.”

Notice several things in this short paragraph. First, notice John’s authority to baptize. The first day, when the religious authorities asked him where he got his authority to baptize, he didn’t even bother to answer them because there was only One Person he was living to please, and that was the One who sent him to baptize. John’s baptism was God’s ordained way of preparing His people to receive their Messiah. John explains, “I came baptizing in water, so that He might be manifested to Israel.” Furthermore, he says, that’s how God revealed to him who the Messiah was because before this, he wasn’t sure that Jesus was the Messiah.

That’s odd, you say. I thought their mothers, Elizabeth and Mary, were cousins. Wouldn’t they have told their boys about each other? In all likelihood they did. But John and Jesus grew up in different places. John grew up in southern Israel in the wilderness of Judea, whereas Jesus was raised in the northern region of Galilee, in a little town called Nazareth. So the chances they played together as children were low. That doesn’t mean they didn’t know who each other was. The word “know” in this passage means “to recognize.” John knew who Jesus was when He came to be baptized, but at this point he didn’t yet recognize that He was the Messiah.

But you argue, wouldn’t his mother Elizabeth have told him about the virgin birth of Jesus in the little town of Bethlehem as the prophets predicted? I’m sure she did. But Elizabeth was elderly at the time of his birth and is likely dead by now. Furthermore, it’s been 18 years since anyone has heard from Jesus. At age 12 He traveled to Jerusalem to celebrate the Passover with His family, amazing the scholars at the Temple with His understanding of Scripture. But since then, He’s been living in obscurity, working in the carpentry shop and providing for His family after Joseph his stepfather died. Since then no one has heard from Him. So God gave John a sign in order to recognize Him. John explains, “I myself did not know (recognize) him, but He who sent me to baptize with water said to me, ‘He on whom you see the Spirit descend and remain, this is He who baptizes with the Holy Spirit.’” 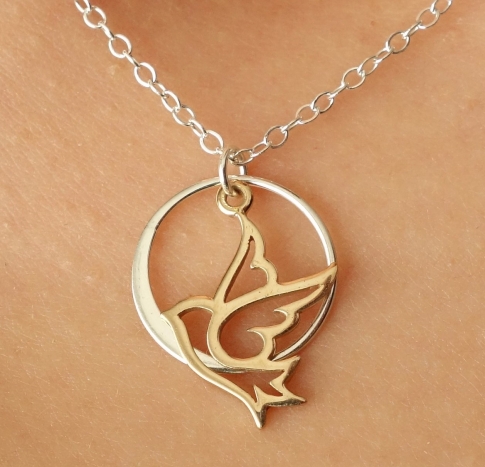 Two things to get straight here: first, the Spirit is not a dove. I have no objections to people wearing the sign of a dove. That’s a lovely symbol of God’s grace. But it isn’t what John saw. He didn’t see a dove descending on Jesus, because the Spirit doesn’t look like a dove. I think what he saw was the Shekinah glory we talked about in John 1:14, “And we beheld His glory, the glory as of the only begotten of the Father, full of grace and truth.” John is clear. He isn’t describing what the Spirit looked like in this verse. He is describing the manner in which the Holy Spirit came to rest on Jesus. He came to rest on Him in the same graceful manner that a bird might land on someone’s shoulder.

Even more important is what he says next: “I saw the Spirit descend like a dove, and it remained on Him.” In other words, this was not a temporary empowerment. It was a return of the eternal glory that Jesus enjoyed with His Father from eternity past. For “in Him,” Colossians 2:9 says, “all the fullness of Deity dwells in bodily form.”

But John’s most important statements are in verses 29 and 34 where he gives Jesus two titles. John didn’t care for titles when it came to his own ministry. But when it came to Jesus, it was vital that he get it right, for this was no mere man that he was introducing. “This is the Lamb of God who takes away the sin of the world.” That’s a term the people immediately understood, for they had all raised lambs for sacrifice. They also knew the story of Abraham’s willingness to sacrifice his son Isaac to God on the altar of Moriah. But in response to Abraham’s faith, what did Jehovah-Jireh (meaning “God will provide”) do? He stayed Abraham’s hand and opened his eyes to a ram caught in the thicket, which he was then able to sacrifice in place of his son. 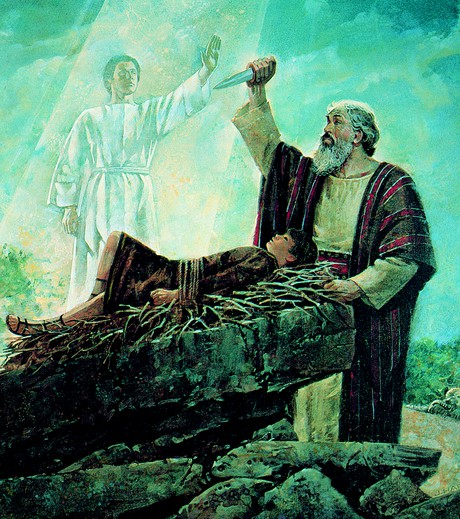 They also knew about Passover and how the angel of death passed over their homes in Egypt when he saw the blood of the lamb on their doorposts. But to call Messiah a lamb was shocking. A great king or priest or mighty prophet! Certainly! But a lamb! That’s so weak! A lamb was a stupid and helpless creature offered once a year in the Temple. And that was enough. We don’t need another lamb! But what they failed to realize is that the blood of the lambs they offered never removed sin. It merely covered it for a while until God’s Lamb appeared and took away their sin forever. They were a self-righteous people who failed to recognize how sinful they were. After all, we’re so much holier than the pagans living around us. Why do we need a lamb or a savior? What we want is a king! 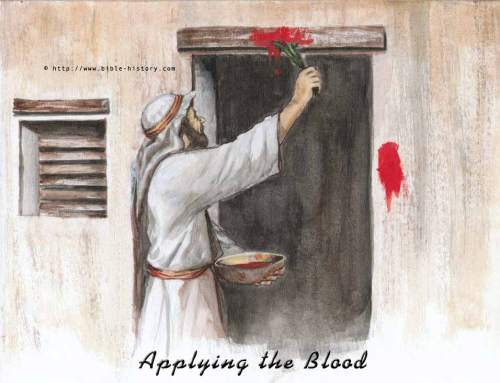 But the greatest thing he says is in verse 34. John says, “He who sent me to baptize with water said to me, ‘He on whom you see the Spirit descend and remain, this is He who baptizes with the Holy Spirit.’ And I have seen and have borne witness that this is the Son of God.” How did John know Jesus was the Son of God? He heard the Father say so at Jesus’ baptism 40 days before! How many others heard it or understood its meaning, we don’t know. For there were thousands coming to John to be baptized! But John remembers it. How could he not! Heaven opens, the Spirit comes to rest upon Jesus like a dove, and the Father speaks from Heaven saying, ‘This is My Beloved Son in Whom I am well pleased.”

Then Jesus disappears!  Where did He go? Matthew, Mark, and Luke say He was led into the desert by the Spirit where for 40 days he was tested by the devil. Since then He’s eaten, been ministered to by angels, and is returning in the power of the Spirit, ready to launch His ministry, when John catches sight of Him coming towards him and announces to everyone within earshot: “This is the Son of God who takes away the sin of the world!” 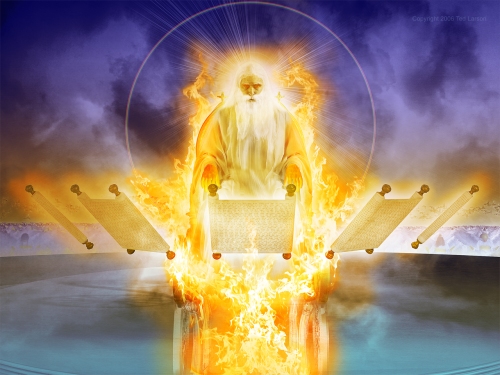 That phrase meant far more in the Jewish mind than it does to us Western thinkers 20 centuries later. In fact, to take our idea of “son-ship” and read it back into what John says is intellectually dishonest and spiritually dangerous. The hottest places in hell are reserved for people who twist the Scriptures like that. In the Hebrew mind, a son shared the same nature as his father, so when John calls Jesus the Son of God, he isn’t saying that Jesus is the greatest creature God made. He’s saying that Jesus shares the same essence as the Father and is therefore equal with the Father. 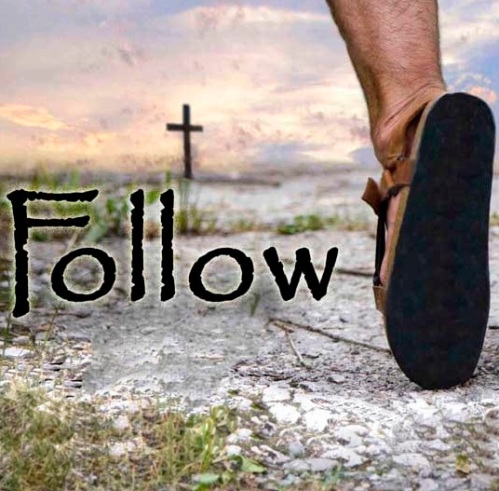