Should Christians Bury or Cremate Their Dead Loved Ones?

Cremation has been practiced for thousands of years and was a method used by Greeks, Romans, and many other pagan cultures for disposing of their dead. Two ancient peoples, however—the Egyptians and the Hebrews—took great care to prepare the bodies of their precious dead for burial. The Egyptians believed this was necessary for entrance into the afterlife. The Hebrews did so believing the bodies of their dead were precious and would one day be resurrected. 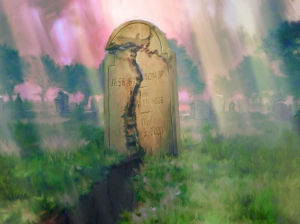 No More Death Because of Jesus

When Christianity later became the official religion of the Roman Empire, burial replaced cremation. Early Christians viewed cremation as a pagan practice. In recent years, however, cremation has become popular in America both for believers and unbelievers, due to the rising cost of burial and the limited spaced available for gravesites. Therefore, while the New Testament may not command us to bury our dead, it is important to understand why Christians have historically chosen burial over cremation.

The Patriarchs of the Bible Buried Their Dead. 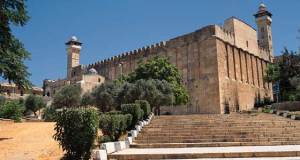 1.  The patriarchs believed that the bodies of their dead were sacred and therefore took great care in how and where they buried them.

Then Abraham bowed himself down before the people of the land; and he spoke to Ephron in the hearing of the people of the land, saying …“I will give you money for the field; take it from me and I will bury my dead there.” Abraham buried Sarah his wife in the cave of the field of Machpelah, before Mamre (that is, Hebron) in the land of Canaan.  So the field and the cave that is in it were deeded to Abraham by the sons of Heth as property for a burial place. Genesis 23:12-13, 19-20

Then Abraham breathed his last and died in a good old age, an old man and full of years, and was gathered to his people. And his sons Isaac and Ishmael buried him in the cave of Machpelah, which is before Mamre, in the field of Ephron the son of Zohar the Hittite, the field which Abraham purchased from the sons of Heth. Genesis 25:8-10

So Rachel died and was buried on the way to Ephrath (that is, Bethlehem). And Jacob set a pillar on her grave, which is the pillar of Rachel’s grave to this day. Genesis 35:19-20 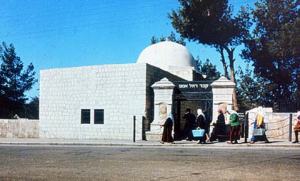 Then Jacob came to his father Isaac at Mamre, or Kirjath Arba (that is, Hebron), where Abraham and Isaac had dwelt. Now the days of Isaac were one hundred and eighty years. So Isaac breathed his last and died, and was gathered to his people, being old and full of days. And his sons Esau and Jacob buried him. Genesis 35:27-29

2.  The patriarchs, whenever possible, buried their dead in family burial plots.

And Joseph said to his brethren, “I am dying; but God will surely visit you, and bring you out of this land to the land of which He swore to Abraham, to Isaac, and to Jacob.” Then Joseph took an oath from the children of Israel, saying, “God will surely visit you, and you shall carry up my bones from here.” So Joseph died, being one hundred and ten years old; and they embalmed him, and he was put in a coffin in Egypt. Genesis 50:24-26 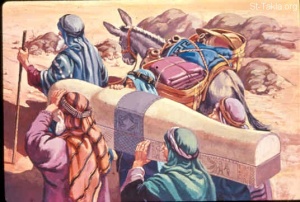 Joseph’s Bones Carried Back to the Promised Land

By faith Joseph, when he was dying, made mention of the departure of the children of Israel, and gave instructions concerning his bones. Hebrews 11:22

And Moses took the bones of Joseph with him, for he had placed the children of Israel under solemn oath, saying, “God will surely visit you, and you shall carry up my bones from here with you.” Exodus 13:19

3.  The fathers of our faith believed that, whether living or dead, their bodies were sacred and belonged to the LORD.

Or do you not know that your body is the temple of the Holy Spirit who is in you, whom you have from God, and you are not your own?  For you were bought at a price; therefore glorify God in your body and in your spirit, which are God’s. 1 Corinthians 6:19-20

Yet Michael the archangel, in contending with the devil, when he disputed about the body of Moses, dared not bring against him a reviling accusation, but said, “The Lord rebuke you!” Jude 1:9

Cremation in the Bible Was Considered an Act of Desecration.

1.  Those who were cremated were considered accursed.

Then Joshua, and all Israel with him, took Achan the son of Zerah, the silver, the garment, the wedge of gold, his sons, his daughters, his oxen, his donkeys, his sheep, his tent, and all that he had, and they brought them to the Valley of Achor. And Joshua said, “Why have you troubled us? The Lord will trouble you this day.” So all Israel stoned him with stones; and they burned them with fire after they had stoned them with stones. Then they raised over him a great heap of stones, still there to this day. So the Lord turned from the fierceness of His anger. Therefore the name of that place has been called the Valley of Achor to this day. Joshua 7:24-26

2.   The burning of bones was considered an act of desecration.

Thus says the Lord: “For three transgressions of Moab, and for four, I will not turn away its punishment, because he burned the bones of the king of Edom to lime.” Amos 2:1

The Lord Jesus Christ was buried not cremated.

1.  Jesus and His disciples demonstrated the sanctity of their bodies by anointing them and carefully preparing them for burial.

And when Jesus was in Bethany at the house of Simon the leper, a woman came to Him having an alabaster flask of very costly fragrant oil, and she poured it on His head as He sat at the table. But when His disciples saw it, they were indignant, saying, “Why this waste? For this fragrant oil might have been sold for much and given to the poor.”  But when Jesus was aware of it, He said to them, “Why do you trouble the woman? For she has done a good work for Me. For you have the poor with you always, but Me you do not have always. For in pouring this fragrant oil on My body, she did it for My burial. Assuredly, I say to you, wherever this gospel is preached in the whole world, what this woman has done will also be told as a memorial to her.” Matthew 26:6-13

Then they took away the stone from the place where the dead man was lying. And Jesus lifted up His eyes and said, “Father, I thank You that You have heard Me. And I know that You always hear Me, but because of the people who are standing by I said this, that they may believe that You sent Me.” Now when He had said these things, He cried with a loud voice, “Lazarus, come forth!”  And he who had died came out bound hand and foot with graveclothes, and his face was wrapped with a cloth. Jesus said to them, “Loose him, and let him go.” John 11:41-44

After this, Joseph of Arimathea, being a disciple of Jesus, but secretly, for fear of the Jews, asked Pilate that he might take away the body of Jesus; and Pilate gave him permission. So he came and took the body of Jesus.  And Nicodemus, who at first came to Jesus by night, also came, bringing a mixture of myrrh and aloes, about a hundred pounds. Then they took the body of Jesus, and bound it in strips of linen with the spices, as the custom of the Jews is to bury.  Now in the place where He was crucified there was a garden, and in the garden a new tomb in which no one had yet been laid. So there they laid Jesus, because of the Jews’ Preparation Day, for the tomb was nearby. John 19:38-42 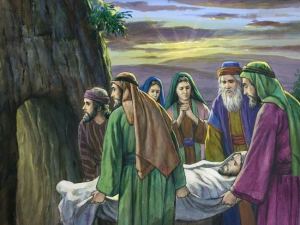 2.   The Bible teaches that Christ’s burial is a significant part of the gospel. (Evidence that He truly died for our sins)

3.   Baptism pictures the death, burial, and resurrection of Jesus Christ, and the burial of our old lives with Him.

Or do you not know that as many of us as were baptized into Christ Jesus were baptized into His death? Therefore we were buried with Him through baptism into death, that just as Christ was raised from the dead by the glory of the Father, even so we also should walk in newness of life. Romans 6:3-5

The Scriptures nowhere command us how to dispose of the bodies of our dead. For that reason, the issue of burial versus cremation should not become a source of division between believers. Nor should those who have cremated their dead loved ones feel a sense of guilt over their decision. However, the standard method in the Old Testament, the New Testament, and throughout church history has been burial.

Cremation, of course, is more convenient and cost-effective. However, the imagery of Christ’s resurrection pictured in baptism—a body buried and then miraculously raised from the dead—has led and will likely continue to lead most believers to choose burial over cremation. Obviously, even buried bodies will eventually decompose, but not as quickly. Joseph’s bones remained intact for hundreds of years until the people of Israel returned to the Promised Land. Cremation, on the other hands, greatly accelerates the process of decomposition. This will present no problem for our Lord, who is the Resurrection and the Life. He can resurrect a cremated body just as easily as a body which has been buried. No believer, therefore, is in any danger of missing out on the Lord’s promise of receiving a glorious new body at His return.

2 responses to “Should Christians Bury or Cremate Their Dead Loved Ones?”