Did You Know that You’re an Answer to Prayer?

Did you know that you’re an answer to prayer?  The basis of  my statement is Psalm 2 which says of God the Father speaking to His only begotten Son, “The LORD has said to Me, ‘You are My Son; today I have begotten You.”  Take note. God’s Son is begotten, not created.  This is of immense importance for it means He shares the very same essence with the Father as well as all of His attributes, making Him co-eternal and co-equal with the Father in every way. 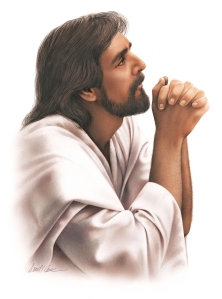 But then the Father immediately follows with this statement: “Ask of Me, and I will give You the nations for Your inheritance, and the ends of the earth for Your possession.”  As the first half of the Psalm admits, the nations of the world are in rebellion against the LORD and His Christ right now.  But that will change when Jesus returns as King of Kings and Lord of Lords, punishing His enemies, setting up His throne in Jerusalem, and ruling the world with a rod of iron (verse 9). The kings of the earth will be terrified not to worship Him at that time.  And yet, even in this Age of Grace, God the Father is answering His prayer – giving the nations to Him as an inheritance and the ends of the earth as His possession.

How?  Through the work of the Holy Spirit who is convincing an innumerable multitude from around the world to call upon the name of Jesus for salvation. My wife and I live in Shelton, Washington, which may not seem like the ends of the earth to you.  But given where the Gospel began – an empty tomb just outside Jerusalem – this is the end of the world, or at least you can see it from here! That is why I can say, if you too love Jesus, you are an answer to His prayer. For He has asked the Father, and He has given Him a countless number of sinners from nearly every nation under heaven who have called upon Him for salvation and been converted from rebels into lovers of the LORD and His Christ.  If that isn’t yet true of you, make it true this very moment by repenting of your pride and sin and turning in childlike humility and faith to Jesus Christ.  “For whoever calls upon the name of the Lord will be saved.” (Romans 10:13)

But then His prayer hasn’t been fully answered yet, has it?  For, as I wrote a moment ago, there are men and women and boys and girls from “nearly every nation under heaven” who have turned to Christ in faith.  But not from every nation yet.  There are still people groups who have never heard the Good News of Jesus and had a chance to repent and believe. That is why Principles for Life Ministries is a major advocate for global missions.  By God’s grace, we’ve been able after just 3 years of ministry to provide monthly support for 9 missionaries, some of whom are in the process of taking the Gospel where it has never been proclaimed.  Others are training workers to do the same, fulfilling the desire of our Lord’s heart.  With your help, we hope to do much, much more.  Send us an email if you’d like to find out how you can be a partner with us in this effort.

One outstanding missionary for whom we’ve provided support is Dr. Tom Pousche.  He was with us at The Gathering this last Sunday and inspired us to do all we can for the service of Christ.  To learn about his ministry in Kenya, watch the short video below and email him at drpousche@comcast.net.  You will find him to be “hands down” the most outgoing, hard-working, and enthusiastic missionary you have ever met.  We recommend him highly!

One response to “Did You Know that You’re an Answer to Prayer?”