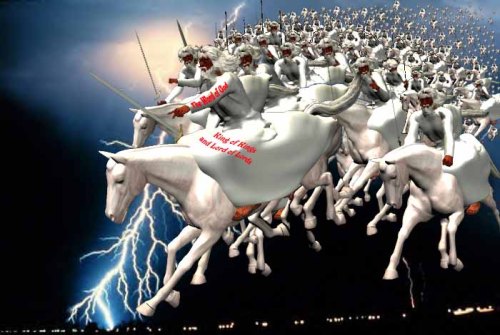 In 1869, the French chemist, Pierce Bethelot, wrote these prophetic words: “In 100 years of science, man will know what the atom is. When science reaches that stage, God will come down to earth with His big ring of keys and say to mankind: ‘Gentlemen, it’s closing time.’” That time is here. Science has not only unlocked the secret of the atom, but also the structure of the human genome and countless other powerful mysteries that are beyond our ability to manage wisely. This leads many of us to believe that the time is short and Christ will soon return to judge His creation. The Apostle Peter concurred with this conclusion, warning both believers and unbelievers of the need to be ready. First, he warned of—

The Danger of Complacency. “Above all, you must understand that in the last days scoffers will come, scoffing and following their own evil desires.  They will say, “Where is this ‘coming’ he promised? Ever since our ancestors died, everything goes on as it has since the beginning of creation. But they deliberately forget that long ago by God’s word the heavens came into being and the earth was formed out of water and by water. By these waters also the world of that time was deluged and destroyed.” What is Peter talking about? The Flood! That just as God condemned the world in the past, when they least expected it, Christ is coming again to judge the world, even though many scoff at it now. He adds, “By the same word the present heavens and earth are reserved for fire, being kept for the day of judgment and destruction of the ungodly.” (2 Peter 3:3-7)

Did you hear about the farmer who agreed to a contest with his neighbor, an atheist? The atheist said, “Tell you what. You plant your crops and work your field 6 days a week, taking Sundays off to worship God. I’ll work my field 7 days a week and in the fall we’ll see who has the biggest crop.” When October came and the crops were gathered in, the atheist dropped by to see the results. Sure enough, his harvest was larger than the Christian’s. “What do you say now?” he sneered. The Christian replied, “God doesn’t settle all His accounts in October.” 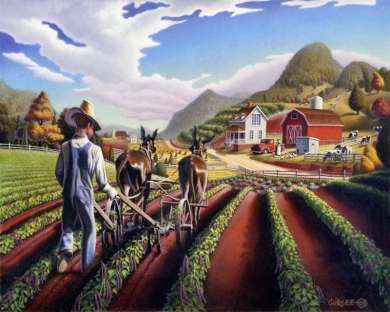 So it is today. Because Christ hasn’t yet started sending out thunderbolts of judgment from heaven, people assume that they’re safe. But don’t make that mistake, friend! Read the final chapter of the Book and you’ll see what God is about to do. Jesus warns in Revelation 22:12, “Behold, I am coming quickly, and My reward is with Me, to give to every man according to his work.” And Peter also has a reminder for those of us who believe, and that’s—

The Duty of Communication. Peter continues in verse 9: “But do not forget this one thing, dear friends: With the Lord a day is like a thousand years, and a thousand years are like a day. The Lord is not slow in keeping his promise, as some understand slowness. Instead, He is patient with you, not wanting anyone to perish, but everyone to come to repentance.” Why hasn’t Jesus returned as He promised? Peter makes it very clear. It isn’t because He’s unfaithful, uncaring, or because the gospel is untrue. It’s because of His longsuffering and His desire for everyone to be saved. Ezekiel the prophet was right! God has “no pleasure in the death of the wicked, but that the wicked should turn from his way and live.”

Consequently, if we love Jesus, what should we be doing in the time that remains? Not merely treading water while we wait for the Rapture, but praying and preaching and doing everything in our power to see men and women, boys and girls, turn to Him as their Savior. So let me pause for a moment and ask you: Is that your great passion and priority? Do you believe that Christ is returning soon and that you have a responsibility to warn others about it? 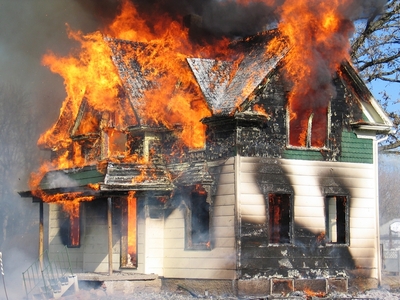 I’m reminded of the preacher who was preparing his Sunday sermon. But for some reason, he wasn’t feeling it. So on Saturday, he and his wife took a drive around town to get his spiritual juices flowing. To their alarm, they saw a house on fire and watched as a man dashed in and out of the flames saving first one, then another member of his family. This so inspired the preacher that he decided to make it the focus of his sermon. With great drama he told his people the next morning how this father carried first one and then another of his children out of the house and set them safely on the ground. To his surprise, his sermon went over like a lead balloon. The people just didn’t care. On their way home, he complained to his wife, “I just don’t get it! Why was there so little response to my sermon?” “Well,” his wife explained gently, as wise wives do, “Your sermon was good and the story illustrated your point. But you forgot to tell them one thing.” “What’s that?” he said. “You forgot to tell them the house was on fire.”

Could that be our problem? Could it be that the reason we’re hesitant to talk to others about Jesus is because we’ve forgotten that their house is on fire? And could it be that the reason they’ve been slow to listen is because we’re afraid to emphasize the greatness of their danger? Nobody likes a nag. But let’s make sure we aren’t committing the opposite error by keeping quiet when we ought to be speaking the truth in love. For that’s why He’s delayed His coming until now. He is patient and wants everyone to have a chance to hear and believe!

So if you know the truth and have a friend or loved one who needs to hear it, pray for an opportunity to tell them about it this week. Or maybe you’ve been told the truth, but you haven’t acted upon it yet. Then don’t wait another day to do so. Bow your head in prayer this very moment and invite Jesus to come into your life, and He will. Then write us and tell us about it, so we can pray for you.

“Time after time He has waited before, and now He is waiting again, to see if you’re willing to open the door. O, how He wants to come in!” 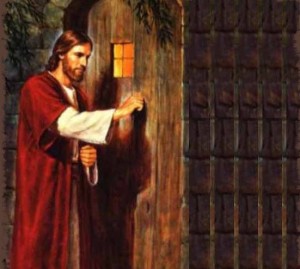 4 responses to “Then God will say: “Gentlemen, it’s closing time!””