If you had to teach a lesson on the goodness of God, where would you turn? The classic passage is Psalm 107 where the Psalmist lists 4 ways that men have “cried out to the LORD in their trouble” and been delivered from their distress. In fact, he repeats that phrase 4 times in this passage, each time emphasizing a different proof of God’s goodness. The other phrase he repeats for emphasis is the praise chorus found in verses 8, 15, 21, and 31: “O, that men would give thanks to the LORD for His goodness, and for His wonderful works to the children of men!” Let’s look at four ways God has proven His goodness to us: 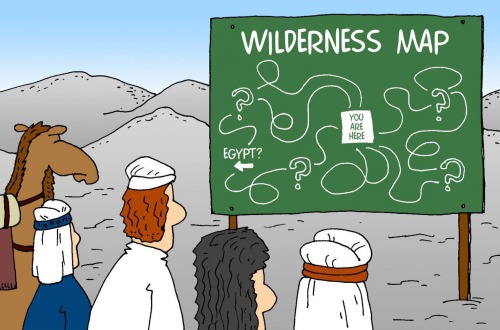 Evidence #1: Gift of Home. Verse 4 recalls: “Some wandered in desert wastelands, finding no way to a city where they could settle. They were hungry and thirsty, and their lives ebbed away. Then they cried out to the LORD in their trouble, and he delivered them from their distress.” This takes us back to Israel wandering in the wilderness, feeding on bread from heaven, and waiting for God to lead them into the Promised Land and give them a permanent home.

Who can’t identify with that stress in our current economy? Property taxes at record highs, homes worth less than our mortgages, hundreds of thousands out of work and unsure where their next rent check is coming from! It’s easy to take the gift of home for granted until our health fails, our life savings are devoured, and we can’t make our house payment. Then it becomes clear what a gracious gift a home is. Imagine what it would be like to be homeless! That’s hard for most of us to do because very few of us have ever been without a roof over our heads. But why is that? Is there something intrinsically better about us than those who have nothing? No. The reason we enjoy the homes we do is because of God’s “goodness and His wonderful works to the children of men.”

Evidence #2: Gift of Redemption. Verse 10 continues, “Some sat in darkness and the desert gloom, prisoners suffering in iron chains, for they had rebelled against the words of God and despised the counsel of the Most High. So He subjected them to bitter labor; they stumbled, and there was no one to help. Then they cried out to the LORD in their trouble, and He saved them from their distress.” Here the Psalmist describes Israel’s exile in Babylon because of their sins and God’s faithfulness in bringing them home. 1 Corinthians 10:11 says this happened as a lesson to us. The lesson is: If God could deliver Israel from their captivity in Babylon, shouldn’t we be able to trust Him to save us from our sins and addictions today? Certainly, He can! The testimony of millions of believers is that Jesus Christ has all the power necessary to redeem us and more.

As a reminder of how good and powerful He is, think back to where you were 1, 10, or 50 years ago when you first met Christ. You were lost. You were hopeless. You had no idea why you were here or where you were going. Your life had very little meaning. Then you met Jesus and suddenly you had a new power, a new purpose, and a new direction. So the question is: Having given you new life and forgiven all your sins, will you continue in that direction? Will you live out in the power of the Spirit the new purpose for which you’ve been redeemed? 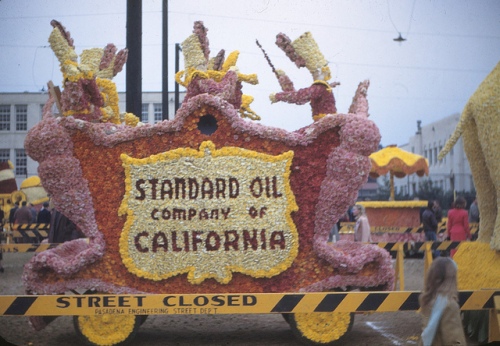 Many Christians are like the Standard Oil Float that was entered in the Rose Parade several years ago. The float was magnificent, decorated with thousands of American Beauty Roses. Then, right in the middle of the parade, something embarrassing happened. The float ran out of gas and had to be towed. How the crowd began to hoot with laughter! After all, if any float should have had enough gas, it should have been Standard Oil! But so often that’s the way it is with us. We work hard to make a good impression on others, but on the inside there’s a tragic lack of power. Why? Because rather than getting our power from our times with Him in prayer and other means of grace He gives us (worship, fellowship, study, etc.), we occupy ourselves with other pastimes and projects that bestow no grace on us at all. To enjoy the redemptive power of God, we need to remember where it comes from. It comes as a result of our daily fellowship with our Great God and Savior, Jesus Christ. “O, that men would give thanks to the LORD for His goodness and His wonderful works to the children of men.”

Evidence #3: Gift of Healing. Verse 17 describes another gift of God’s grace: “Some became fools through their rebellious ways and suffered affliction because of their iniquities. They loathed all food and drew near the gates of death. Then they cried out to the LORD in their trouble, and He saved them from their distress. He sent forth His word and healed them; He rescued them from the grave.” Some Christians insist that the age of healing has passed and that God no longer answers our prayers for supernatural healing. They watch the antics of faith healers on television and conclude: “This guy’s a phony!” I agree. Many faith healers are charlatans. And yet, the fact remains, if God is not in the business of healing, then none of us would ever get well!

Sometimes God heals supernaturally, as He did in the case of our daughter. I took her to the urologist just before her fourth birthday to find out why she was using the bathroom every 15 minutes. “She has a large inoperable tumor in her abdomen,” he said, and my life suddenly stopped. We took her in for the biopsy, and he was right. The grapefruit-sized tumor was malignant. But we and many others prayed. We took her to a specialist who operated on her, and when he met us in the waiting room afterward, he was amazed. All but the center of the tumor had turned benign and instead of taking 7 hours of surgery as he planned, it took 2 hours! Nor did he do anything to heal her! When he opened her up, he found that God had already done the healing. All the surgeon did was lift the self-contained tumor out of her body, and Heidi has been cancer-free ever since! 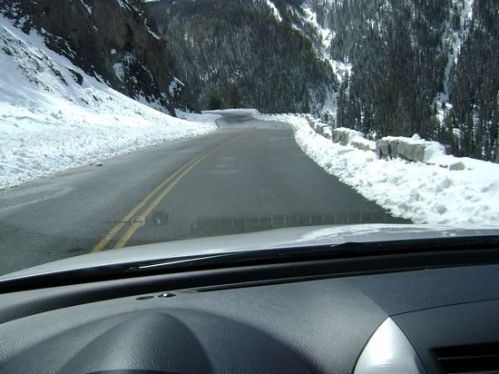 Black Ice on the Highway

Evidence #4: Gift of Protection. Verse 23 says: “Others went out on the sea in ships; they were merchants on the mighty waters. They saw the works of the LORD, and His wonderful deeds in the deep. For He spoke and stirred up a tempest that lifted high the waves. They mounted to the heavens and went down to the depths…then they cried out to the LORD in their trouble, and He brought them out of their distress.” The writer is describing the danger of the high seas because in his day that was the primary means of long-distance travel. Today that has changed. Today we’re more apt to take a plane, a train, or the riskiest of all forms of travel—the automobile! Did you know that more Americans die in car accidents each year than were killed in the Vietnam War? And yet, God has been good to us, hasn’t He? Just think of all the close calls you’ve had and how many times the Lord has spared your life. Some of us, in our pre-Christian days, used to drink and drive, putting both ourselves and others at risk.

But you don’t have to be irresponsible to face this danger. I remember taking our junior and senior high students on a snow retreat to Mount Rainer National Park. I was driving the truck carrying all our gear when I suddenly hit a patch of black ice and began sliding down the highway at 55 mph. The only thing that kept us from flipping over in the ditch was one lone rock by the side of the road. All the way up and down the highway, the shoulder was bare except that one spot where we slid off the road. Maybe you’ve had a similar experience. If so, take a moment before you finish this study to look back and thank God not only for your home, your health, and your redemption, but also for the many times He has protected you and saved you from a premature death. John Newton was right! “Through many dangers, toils, and snares, I have already come. ‘Tis grace hath brought me safe thus far, and grace will lead me home.”

4 responses to “Here’s Living Proof that God Loves You!”