Three-Peating the Holiness of God

What do we mean when we say that God is holy? Several adjectives may come to mind—purity, righteousness, sinlessness—which are all accurate and helpful. But they don’t get at the heart of it, because if you study the word “holy,” you’ll find it means something more basic than that. It means to be set apart as sacred and unique. For even though God is intimately involved in governing and sustaining His creation, He Himself is not a part of it. Like a brilliant conductor, He picks the players, He arranges the music, and He directs the music, but He is not a member of the orchestra. He is uncommon, undefiled, and unlike anyone else we have ever known. This is why it is also impossible for us to understand mysteries like the Trinity (Three Infinite Persons sharing One Eternal Essence). To understand something new, we have to liken it to something we know. But in God’s case, there is no one like Him. Speaking for the Lord Himself, Isaiah asked the idolatrous people of his day, “To whom then will you liken Me or to whom shall I be equal?’ says the Holy One.” (Isaiah 40:25) 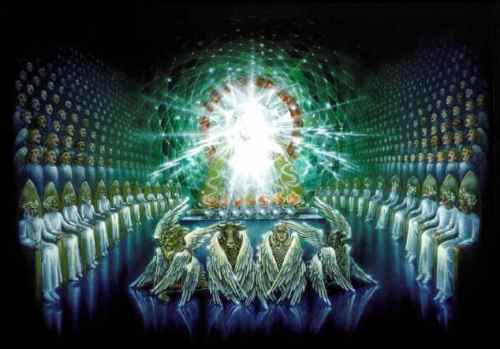 This also helps us understand Lucifer’s sin a little better. Lucifer, now known as the devil, was the beautiful angel chosen by God to stand in His presence and guard His holiness. Instead, he was filled with pride boasting, “I will ascend to heaven; I will raise my throne above the stars of God; I will sit enthroned on the mount of assembly…I will make myself like the Most High!” (Isa. 14:13-14 ) He was saying, “You aren’t so special God! I could take your place and no one would miss you for a moment!” So he was cast out of heaven and replaced with four seraphs who now worship before God’s presence night and day saying, “Holy, holy, holy is the Lord God Almighty who was, and is, and is to come.” (Rev. 4:8)

Isaiah refers to this in chapter 6 of his prophecy. Beginning in verse 1 he says: “In the year that King Uzziah died, I saw the Lord seated on a throne, high and exalted, and the train of His robe filled the Temple. Above Him were seraphs, each with six wings: with two they covered their faces, with two they covered their feet, and with two they were flying. And they were calling to one another: ‘Holy, holy, holy is the Lord Almighty; the whole earth is full of His glory!’” Notice three facts: First, their name. Seraph means “burning one,” revealing how passionate they are in their worship of God. Lucifer disputes God’s holiness, but his replacements live to proclaim it forever. Second, their wings. Seraphs are by definition angels who have never known sin at any time. Yet even in their lofty status as guardians of God’s glory, they cover their eyes and feet in His presence. Why? Because He and the ground on which they stand is holy. 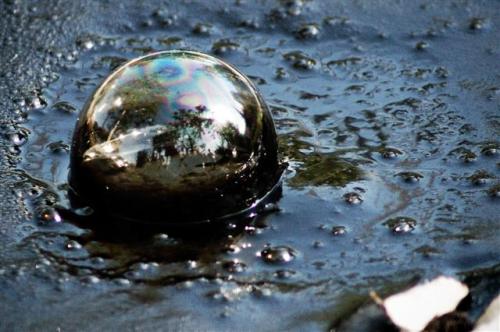 Most important of all, notice their words. “Holy, holy, holy is the Lord Almighty.” Why is this significant? Because this is the Hebrew way of emphasizing a point. In English, we do it by underlining a word or putting it in italics. But in Hebrew they do it by repetition. One example is in Genesis chapter 14 where we find the battle of the nine kings. The passage says in fleeing the scene, some of the warriors fell into the tar pits of the region. Another version translates it “asphalt pits.” Still another says “great pits.” Why the difference in translation? Because the Hebrew is unclear. The literal translation is “pit pits.” Moses was saying, “There are pits, and then there are pits, and some pits are pittier than other pits. But these pits—“the pit pits”—were the pittiest pits of all!”

The Bible often repeats things for the sake of emphasis. But rarely does it repeat something three times because to three-peat something is to elevate it to the highest degree possible giving it supreme importance. That’s what we find here. The seraphs do not say that God is “holy” or “holy, holy.” They say He is “holy, holy, holy” to emphasize that this is far and away the most significant thing about Him. Nowhere in the Bible do we read that God is “love, love, love” or “just, just, just.” But it does say that He is “holy, holy, holy,” and that the whole earth is “filled with His glory,” because this is the first and most crucial thing to grasp about Him—that He is higher, purer, and greater than anything we’ve ever known, and that He in His mercy is calling us to separate ourselves from the sinfulness of this world and be like Him in all we think, do, and say. 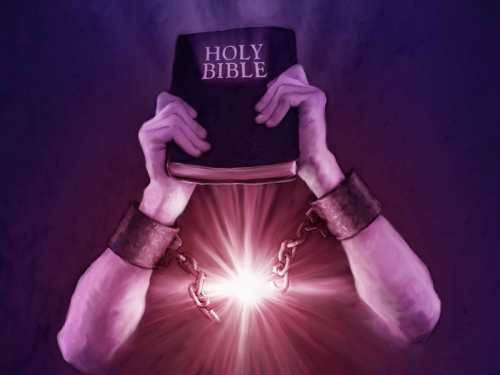 In his classic, “Mere Christianity,” C.S. Lewis described His plan for each of us like this: “The real Son of God is at your side. He is beginning to turn you into the same kind of thing as Himself. He is beginning, so to speak, to “inject His kind of life and thought into you; beginning to turn the tin soldier into a live man. The part of you that does not like it is the part that is still tin.” I believe that is true. I believe that God is at work in your life today, drawing you to Himself and desiring to transform into the likeness of His Son, Jesus Christ. The question is: Will you cooperate with His Spirit by putting down that part of you which is resisting Him and cutting out of your life the worldliness that is clouding your vision of Him? Ask Him and He will show you what that is. I want to behold His glory, and I believe you do too. But this is where it begins—with a recognition of His holiness and a commitment to separate ourselves from whatever is defiling us and keeping us from seeing Him as He is.

That is the challenge with which I leave you. Pursue holiness “without which no one will see the Lord.” (Heb. 12:14) Tomorrow I will attempt to answer the question: Why is it imperative to pursue the holiness of God?

Click here to listen to Chris Tomlin sing “Holy is the Lord.”

2 responses to “Three-Peating the Holiness of God”