Will the Church Go through the Tribulation? 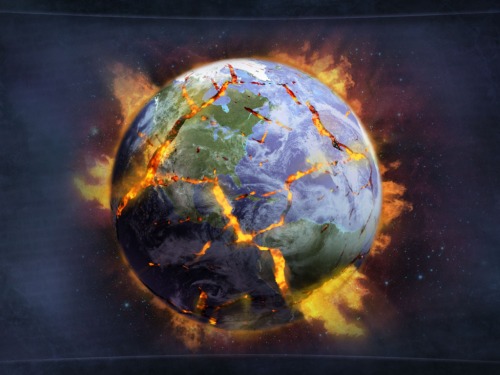 You and I are living in a time of unparalleled anxiety. There is fear of economic collapse if America does not resolve its debt problems. We also live in a day of conspiracy theories, many based on fact and reported by journalists like Alex Jones who warns of a New World Order planned by the Bilderberg group (125 of the world’s most powerful leaders in business, finance, and government) who are conspiring to build a one-world government that will control all the buying and selling on earth and dictate the most minute details of our lives. Jesse Ventura’s recent television specials reveal that more than 80 secret Fema camps have built near railroad tracks, where future dissidents can be housed. And because I read my Bible, I have no doubt that a brutal one-world government is coming that will eradicate all human rights and punish anyone who opposes it.

But the question is: When will this darkness fall upon the earth? Rev. 3:10 says there is an “hour of trial that is going to come upon the whole world to test those who live on the earth.” Stories of natural disasters and man’s inhumanity to man are not new to us. But this will be unique. The Bible calls it the Tribulation – an unprecedented period of suffering that will afflict everyone on earth at the same time. Will that include those who truly love Jesus? Jesus did say in John 16:33, “In the world you will have tribulation.” But what about the Tribulation? Is that to be a source of anxiety for us as well? Do we need to start storing food and water and acquiring our own personal arsenals? My studied opinion is “No.” Here are 5 reasons I am not anxious about the coming Tribulation –

Reason #1: God has removed His people from the path of judgment when it has fallen in the past. Noah and his family was safely hidden away in the ark when the floodwaters fell. Lot and his daughters were safely escorted out of Sodom before the fire fell from heaven. The Israelites were living safely in the Land of Goshen protected from all the plagues that fell upon Egypt. Likewise, Paul assures us in 1 Thess. 5:9 that “God has not destined us for wrath, but for obtaining salvation through our Lord Jesus Christ.” For in Jesus we have a Savior who “delivers us from the wrath to come.” (1 Thess. 1:10)

Reason #2: God promises those who love His Son escape from the time of judgment that is about to fall upon the earth. Rev. 3:10 says, “Because you have kept the word of My perseverance, I also will keep you from the hour of testing, that hour which is about to come upon the whole world, to test those who dwell on the earth.” The word “from” literally means “out of” and indicates that believers will not simply be protected during the Tribulation, but will actually be removed out of the world before the judgment falls. Some argue that this promise only extends to the second half of the Tribulation and that the church will have to go through the first 3 1/2 years of suffering. But that fails to understand that the entire Tribulation is a period of God’s wrath. We see that as the first judgments are poured out from God’s throne in Rev 6:16. Both rich and poor, king and slave, will cry out to the rocks, ““Fall on us and hide us from the presence of Him who sits on the throne, and from the wrath of the Lamb; for the great day of their wrath has come, and who is able to stand?”

Reason #3: The church on earth is the focus of Revelation 2 and 3, but when chapter 4 opens, the church is in heaven and never seen again on earth until Jesus returns in chapter 19. This is surprising if the church has to go through the Tribulation. We’d expect frequent updates on how the church is surviving their suffering. Instead, the next time we see the church is chapter 19 returning to earth with Christ wearing crowns, white garments, and other rewards we’ll receive at the Judgment Seat of Christ. This implies that the church will not be on earth during the Tribulation, but will be caught up to heaven to be rewarded by the Lord for the things we have done in our bodies. 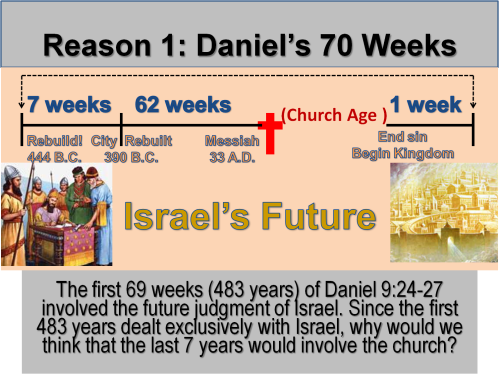 Reason #4: An Old Testament study reveals that the Tribulation is actually the 70th week (last 7 years) of Daniel’s prophecy of chapter 9:24-27. Since the church was non-existent until the Day of Pentecost, it could not participate in the first 69 weeks (483 years) of Daniel’s prophecy. Instead, God’s prophetic time clock stopped ticking at the coming of Messiah, followed by a vast church age that was not revealed in the Old Testament. Consequently, if the first 69 weeks of Daniel dealt exclusively with Israel not the church, why would we think that the last week (the Tribulation) would include the church? 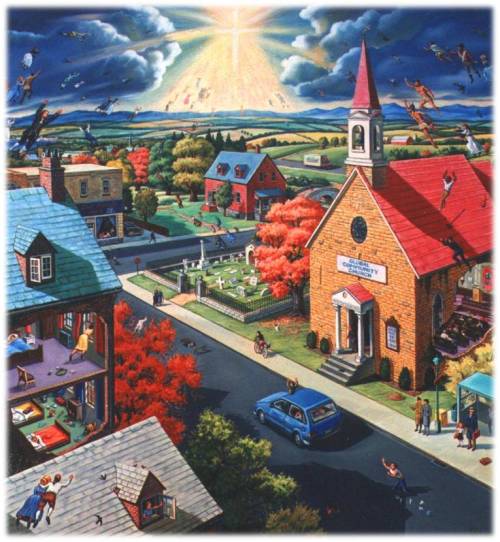 Reason #5: Paul promises the Tribulation will not begin until “the departure” takes place. “Now, brethren, concerning the coming of our Lord Jesus Christ and our gathering together to Him, we ask you not to be soon shaken in mind or troubled, either by spirit or by word or by letter, as if from us, as though the day of Christ had come. Let no one deceive you by any means; for that Day will not come unless the falling away comes first.” (2 Thess. 2:1-3) The phrase, “the falling away” is often translated “the rebellion,” “the apostasy,” or “the falling away.” But the Greek word simply means “the departure.” Paul does not say what departure he is referring to – a departure from truth, a departure from righteousness, etc. But the context gives us a clue. Paul says in verse 7 that the man of sin cannot be revealed until the One who holds him back is taken out of the way. Who could possibly keep the Antichrist from taking over the world? Only the Holy Spirit. And when will He be taken out of the way? When those of us who are alive and remain until the coming of the Lord are caught up together with Him in heaven! (See 1 Thessalonians 4:13 – 5:11 where you’ll see that the removal of the church directly precedes the Day of the Lord.) 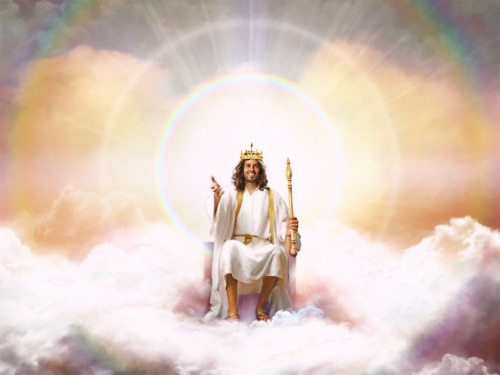 There are other reasons the followers of Jesus can be at peace while the devil plans his short but certain takeover of the world. But the biggest reason is that we won’t be here! Jesus in His mercy will take us home to heaven (John 14:3) before He pours out His wrath on the earth. Therefore, the event we need to prepare for is not the Tribulation, but the Judgment Seat of Christ where we who believe must give an account of what we’ve done in our bodies, whether good or bad. That’s the judgment that ought to occupy our minds. Let us so live that we are confident and not ashamed as that day approaches! (1 John 2:24-27)

3 responses to “Will the Church Go through the Tribulation?”